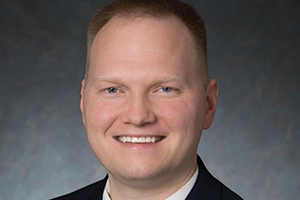 In June 2015, Zika Virus (ZIKV) autochthonous infections were reported for the first time in Brazil. Co-incident with the Brazil ZIKV outbreak, a 20 fold increase in microcephaly prevalence was reported and in 2016, ZIKV has spread throughout Central America.

ZIKV is the etiologic agent of Congenital Zika Syndrome and vaccines and therapies are desperately needed.

Dr. Gelhaus is Senior Program Manager in the Medical Countermeasures Division of MRIGlobal, where he directs cutting edge research to protect the world from biological threats.

At Battelle, Dr. Gelhaus was involved in the development of animal models as a Study Director for Good Laboratory Practices regulated studies, including supporting licensure of medical countermeasures through the US Food and Drug Administration Animal Rule.